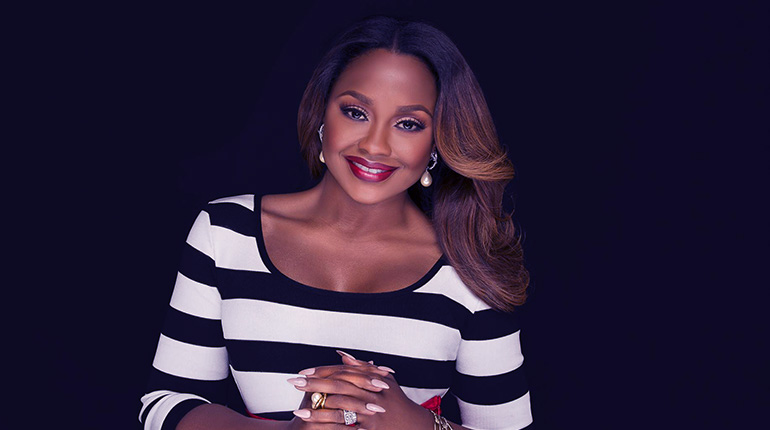 Phaedra Parks is a television personality, businesswoman, lawyer, and social activist. Where does she find the time to do it all? Phaedra is a managing partner at The Parks Group. Her firm specializes in intellectual property, civil, entertainment, and criminal law. Phaedra is very active when it comes to the Atlanta Community and the legal matters it faces. Read this to know Phaedra Parks’ net worth.

Her credentials include a BA she earned at Wesleyan College. Additionally, Parks was the recipient of a doctorate at the University of Georgia. You are in luck, as we are going to explore every single detail about her life right here.

Who Is Phaedra Parks?

Phaedra Parks is a reality star who has worked on shows like the Real Housewives of Atlanta. It follows the lives of a select group of elite Georgia based housewives. Fans are privy to their luxurious lives. We get to watch the girls try to balance their professional and personal lives. The Real Housewives offers its viewers a keen insight into the life of the elite.

Some of the actresses who appear along Parks are Kandi Burruss, Porsha Williams, Cynthia Bailey, and Kenya Moore. The Parks Group managing partner first appeared in the 2010 episode titled ‘New Attitude.’ Since then, she has appeared on 171 episodes. Her last credited appearance came in the 2017 episode called Secrets Revealed.

The show is in its 12th season at the moment. As we previously mentioned, Phaedra is an American attorney. Her familiarity with the law resulted in an on-air analyst gig where she provided legal advice for the likes of CNN, Entertainment Tonight, and NBC.

Phaedra Parks is an advocate for black people’s rights, more specifically, the youth. She set up an organization, ‘Save Our Sons’ which provides positive role models for African American youth. The RHOA star also regularly speaks out against the unjustified killings of African American Youth.

The former RHOA star has multiple sources of income, which range from television to her law firm. Sources say that managing partners usually make about $185,000 per year. Her bestselling novel, Secrets of a Southern Belle, retails for $12 on Barnes and Noble.

Being its author, Parks enjoys significant royalty bonuses for her work. In addition to this, Phaedra also rakes in $300,000 per year for her extensive work on television. As of 2020, Phaedra Park’s net worth is estimated to be $3 million.

She was married to former Husband, Apollo Nida.

Apollo and Phaedra met sometime in 1995 after they were set up by a mutual friend. Nida is a former car repo man turned reality television personality. The two dated for fourteen years before they finally decided to settle down together. Subsequently, they tied the knot on the 1st of November 2009.

Phaedra Parks and ex-husband Apollo made for a great couple. The two even went into business together at one point, launching a fitness enterprise called Phine Body. Their marriage was put to the test when he faced an 8-year sentence for identity theft and fraud-related charges.

The two finally got divorced in 2017. Two years later, and Apollo was out of prison after his sentence was reduced. Though the Phaedra and Apollo Nida remain on good terms, they did not get back together. Apollo is even engaged and set to be married to another woman!

Who Is Phaedra Parks dating now?

Much like her ex-husband, Parks has moved on and is in a new relationship. Just last year, she exclusively told People Magazine that she was dating Tone Kapone. He is a radio host in Chicago, Illinois. Phaedra goes on to describe him as a special man.

It is the first relationship she has had since getting her divorce. The two were even spotted together at the Bureau Bar during the New Year Celebrations.

Parks is a mother of two. She and her ex-husband, Apollo Nida, had two children before they got a divorce. Their first son, Ayden Adonis Nida, was born in May 2010. Presently, he is ten years old. His brother followed three years later, more specifically, on the 8th of May 2013. Dylan Nida is seven years old as we write.

Phaedra Parks was born on October 26th, 1973, in Athens, Georgia. It makes her 47 now. She is a Scorpio, judging by her date of birth. Like most Scorpios, Parks’ ambition and passion were always on full display whenever she appeared on television.