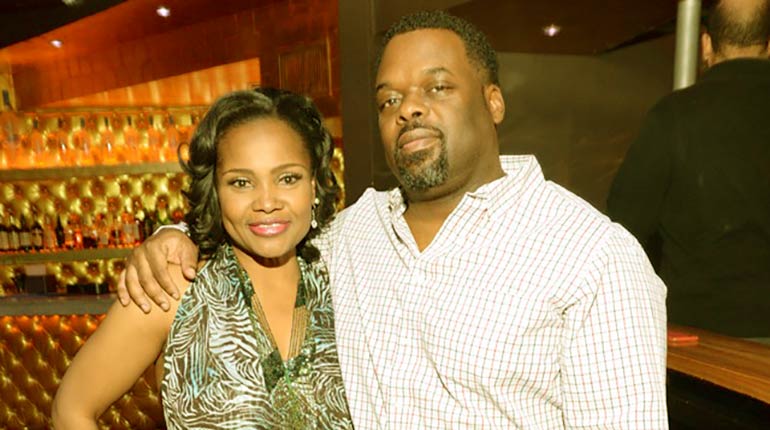 Dr. Heavenly Kimes is an American Dentist, Businesswoman, and a TV star. Apart from that, she is also a motivational speaker and author. One of her books is ‘Business Prescription,’ which she published in 2012. Mrs. Kimes made her debut on the documentary show, Married to Medicine in Bravo Network.

One of her achievements was that Heavenly was named Atlanta’s Top Docs. In this article, we are going to learn more about the renowned dentist. We will get to know her career, net worth age, and husband. Who is Dr. Damon Kimes? Read along to find out more about the Kimes.

Who is Heavenly Kimes?

Heavenly Kimes is a Dentist turned television personality who featured on Married to Medicine. There are no details about her family, though we know she grew up in Florida. She attended Meharry Medical College in Nashville and got her Bachelor’s Degree there.

Soon after gaining her degree, she did her practice in Duluth, Georgia. Apart from her studies in Meharry, she also majored in chemistry and military science in Florida A &M University. Dr. Kimes is a very educated woman with various occupations. She is a relationship coach, has a real estate license and an insurance license.

After working as a dentist for three years, Dr. Heavenly decided to open her practice, Smiles. Her practice turned out to be a success making her good profits. In time, Dr. Heavenly opened other practices in different areas, which she later sold.

As mentioned above, Dr. Heavenly Kimes is also a successful author. In 2005, she published the book, ‘Wake Up…Live the life you love: Seizing your success. Her second book was published in 2012, ‘Business Prescription.’ As a motivational speaker, her primary audience would always be young and new entrepreneurs.

Dr. Heavenly has been the cast of the documentary show since it first aired on 24th March 2013. However, in the first season, she was majorly just a guest star. In season two, she officially became a new cast member. She stars alongside Simone Whitmore, Mariah Huq, Kari Wells, and others. One thing we might not know about her is that she launched a dating app called PIQ in 2016.

Heavenly and her husband Damon, met when they were both students at Meharry Medical College. Dr. Damon majored in Psychology and Chemistry. He is currently a pain and addiction specialist.

There are no details of their relationship and marriage. However, we do know that they tied the knot right after they completed their studies. Dr. Heavenly and husband Heavenly Kimes have two children together; Alaura, Damon Jr., and Zachary.

Her husband cheated on her.

The story about Dr. Damon Kimes cheating on his wife was aired on the documentary show around season six. One of the casts, Mariah Huq, accused Dr. Damon Kimes of cheating on his wife. According to the media, Dr. Heavenly already knew about the cheating but did not want it to go public. This incident caused beef between Mariah and Heavenly. Dr. Heavenly went ahead to post on her social media, saying that Mariah was giving out false information and that she didn’t have any proof.

Dr. Heavenly Kimes has an estimated net worth of $4 Million. She has built up her net worth being a dentist for all those many years. It is not just her career as a dentist, but her other occupations as well. As a dentist and a TV star, she earns about 300k monthly.

You must be wondering where the renowned Dr. Heavenly lives. She and her family live in a gigantic 14,000 square foot mansion in Atlanta. Her reason for purchasing the estate was that it was in the woods, and she also did not like the idea of having neighbors.

Dr. Heavenly Kimes gave a tour of her house in her channel on YouTube. She even has a three-story closet, which she showed to her fans while giving a tour. Heavenly also has three dogs in her home.

Heavenly Kimes was born on 17th November 1970 in Miami, Florida. She did not disclose any details on her parents and siblings. However, she mentioned once that she has a sister.