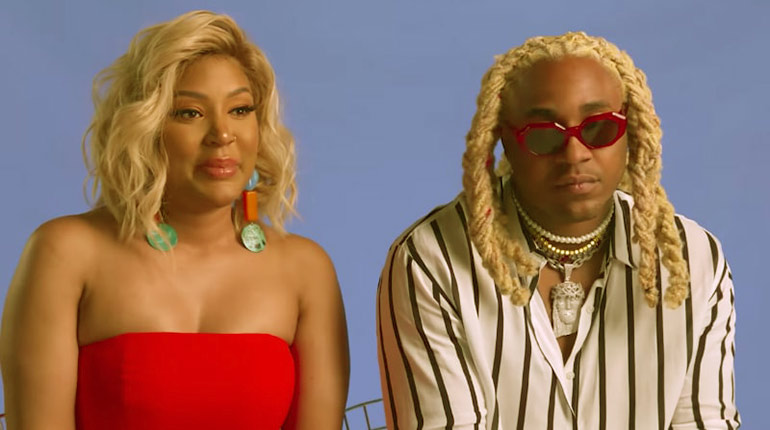 Lyrica Anderson is a reality television personality and hip-hop artist. Some of her most popular tracks include Faded to Sade, Feenin, and Don’t Take It Personal. Her television credits include shows like Love & Hip Hop: Hollywood. Lyrica is a musical prodigy. Her mother was legendary artist, Lyrica Garrett.

Additionally, the Feenin artist also has a channel on YouTube. Lyrica is married to Floyd A1 Bentley, and he will be the focus of our review. So without further ado, here are seven interesting facts about her husband.

Who is Lyrica Anderson’s Husband Floyd A1 Bentley?

Floyd A1 Bentley is a rapper, reality tv star, and record producer. His impressive career has seen work with musicians such as Chris Brown, whom he worked with on his 2015 hit album, Royalty. Two years later, the RnB artist brought him back for its Heartbreak on a full moon album. Some of the other artists he has worked with are Jeremih, Big Sean, and Tinashe.

To promote his music, Floyd also started a YouTube Channel back on November 15th, 2011. His channel, Al Bentley, boasts a following of 127,000 subscribers.

Floyd A1 Bentley dropped his most popular video, ‘Toot that Whoa Whoa’ three years ago. Presently, the video has over 43 million views. Some of his other notable videos are Secret, which he produced alongside T-Pain, Cash App, and 2 At A Time.

His career on television.

Floyd burst on to the scene with his introduction to the show, Love & Hip Hop: Hollywood. The show follows the life of several up and coming hip hop artists who are eager to conquer the music scene in Los Angeles. A1 Bentley and his partner, Lyrica, joined the series on its third season. His debut episode was titled ‘For the Love of Money.’

So far, he has appeared in 69 episodes, starring alongside the likes of Ray J, Lil’ Fizz, and Nikki Mudariss. Some of his most memorable episodes include titles like Showstopper, Hot Girl Summer, and Last Tango with Paris.

How old is Floyd A1 Bentley?

The Cash App singer was born on July 6th, 1987, in Kansas City, Missouri. As we write, Floyd is 34 years old. Most men who fall under the Cancer star sign tend to be highly intuitive, nurturing, and caring. Watching Love & Hip Hop, it is evident that he loves his wife, so he fits the description perfectly.

Floyd A1 Bentley’s Net worth.

Lyrica Anderson’s husband A1 Bentley has built his net worth from his career on hip hop and reality television. Sources say that the stars of love and hip hop can make anywhere between $25k to $100k depending on their popularity. Since he has featured in about 69 episodes, we can safely assume that Floyd was one of the core members of the cast.

Lyrica Anderson’s husband also reportedly makes about $62,000 from his music career. Lest we forget, he is a YouTuber who posts his music videos on the platform. It means that the more views his videos get, the more money he earns. Presently, Floyd A1 Bentley’s net worth is $3 million.

His relationship with Lyrica Anderson.

Floyd and Anderson met sometime in 2011. Because of their mutual love for hip-hop, the two grew close and started dating. Five years later, and the two were eloping during the third season of their reality show. The move put a whole question mark on their relationship as most people believe that events on reality shows are usually just scripted to add drama.

Doubt was further cast on Lyrica Anderson and husband Floyd A1 Bentley’s relationship when Lyrica was accused of being unfaithful to her husband. The accusation was leveled at her by a fellow cast member, Michelle. It caused major strife in the relationship, and the two even separated. However, they opted to work things out once Lyrica discovered that she was pregnant.

Their daughter, Ocean Zion Bentley, was born on the 30th of November 2018. She is set to turn two years old later this year. Having a child together did not mark the end of their struggles.

In a cosmic twist of fate, Floyd was accused of cheating this time with a popular model, Summer Bunni. Despite all of their struggles, the two have stayed married to date.

Besides having a popular YouTube Channel, Floyd is also very active on Instagram. He has a following of 593,000. Most of his posts focus on his daughter and Hip-hop career. One video even sees both father and daughter lying on the floor wearing diapers! It is honestly one of those things you have to see to believe.