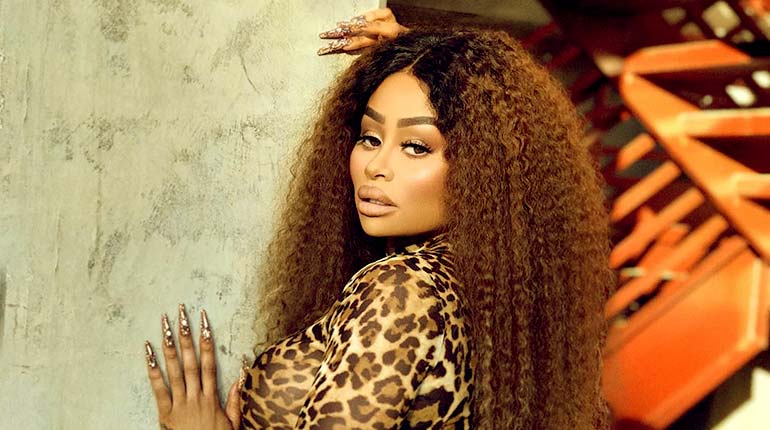 Angela Renée Whitey goes by her stage name, Blac Chyna. She is a businesswoman, television personality, and model. Perhaps what is not talked about often is that she was an exotic dancer back in college. It was the only way she could pay for her tuition. Read this to know Blac Chyna net worth

Chyna has hip-hop artist Drake to thank for her big break. He mentioned her name in one of his music videos, and just like that, a star was born.

Who is Blac Chyna?

Blac Chyna is a reality star who made a name for herself on Keeping up with the Kardashians. The show revolved around the Kardashian-Jenner clan. To date, the show has 285 episodes spread across 20 seasons. Chyna was first introduced in the season 9 show titled ‘How to Deal’ on January 20th, 2014. In total, Angela appeared in 11 episodes of the show.

She and her then-boyfriend, Rob Kardashian, were given a spin-off show, Rob & Chyna. It gave the two the chance to spread out on their own. The spin-off first premiered on the 11th of September 2016, with the episode titled ‘Are You Still Texting Bitches?’ As the name suggests, the two doubled down on the drama. Their show, however, only lasted for six episodes before it was discontinued.

Some of the other television shows Chyna has featured in include Rupaul’s Drag Race, Grown & Sexy, Black Card Revoked, and Wild ‘N Out. The Rob & Chyna star has an inspiring rag to riches story. She started as a stripper in Maryland. When she found herself unable to juggle dancing and school, she dropped the latter.

Blac eventually ended up stripping in a famous Miami-based club, and this is where her popularity began to rise. She danced under several stage names like Cream and Dora Renée, before finally settling on Blac Chyna.

What followed was a successful modeling career with publications like Black Men’s Magazines and Dime piece. She even worked as Nicki Minaj’s double in one of her videos. Chyna is also the proprietor of an online store, ‘88fin.’ Her boutique offers clothes from her personalized line. In addition to this, Blac also had a range of eyelashes called Lashed.

How old is Blac Chyna?

Angela Renée White was born on the 11th of May 1988 in Washington, D.C. She is 33 years old and a Taurus. People with her star sign are known to be dedicated, resourceful, and stubborn. Anyone who has watched keeping up with the Kardashians will know that these are qualities that Chyna possesses in abundance.

Chyna has multiple sources of income. These included her work on Keeping up with the Kardashians, where she earned $12,000 for every episode she has appeared in. She is also a businesswoman with a makeup brand and clothing line. Both provide additional sources of income for the Rob & Chyna star.

With fame also came many endorsement deals. Blac has worked with Fashionova, Fashion Nova, and Whitenicious. Besides that, she is the proprietor of a beauty school in LA that offers Makeup courses.

Taking all of this into account, Blac Chyna’s net worth stands at $1.6 million as of 2022.

Her House, Cars, and Lifestyle

Blac Chyna’s net worth and wealth have enabled her to live a lavish lifestyle. She owns a 7,054 square foot property in Woodland Hills, California.

The house comes with a wine cellar, six bedrooms, a guest house, an expansive green garden, and a large swimming pool. Her property is valued at $3 million.

Her wealth has also enabled Chyna to acquire a selection of the finest cars. These include a Bentley Bentayga, which she got for about $235K, a Ferrari 488 spider valued at $280K, and a Bentley truck she acquired for $245,000.

The former Keeping up with the Kardashians star has had her fair share of romantic dalliances. She started dating rapper Tyga back in 2011. The two dated for about four years and were even engaged at one point. They also had a son, King Cairo Stevenson, born on the 16th of October 2012. He is eight years old.

After she split up with Tyga, she moved on to Rob Kardashian. Funnily enough, he was the stepbrother of Tyga’s partner, Kylie Jenner, so we can’t help but wonder if it was a relationship started of spite. The two started dating back in January 2016. Four months later, they were announcing their relationship on Instagram.

They had a child together, Dream Renée Kardashian, born on the 10th of November 2016. She is 5. Rob and Chyna’s relationship imploded after the former posted inappropriate pictures and videos of her on Instagram.

A look at Chyna’s Social media

Being a model and television personality, it comes as no surprise that Blac has an impressive online presence. On Instagram, for instance, she has a following of 16.3 million.

Most of her posts are dedicated to her work as a brand ambassador. One of her latest stories was centered on the promotion of Fashion Nova. She has 646,200 followers on Twitter, which is less significant than her IG account.