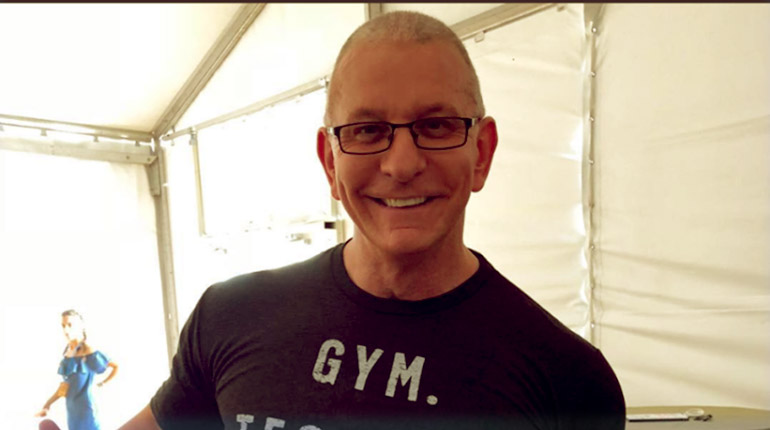 Robert Irvine is a Food Network veteran and is one of the best-loved celebrity chefs on the large screen now! Since his teenage years, he has been cooking and has overwhelmingly impressed audiences all over the world.

The British-born celeb is best known for his superb cooking prowess on shows like Dinner Impossible and Restaurant: Impossible. With more than 27 years of excellence and experience in the culinary profession, he has cooked his way through Europe, the Far East, the Caribbean, and the Americas, in hotels and on the high seas. Fascinatingly, he’s also a fitness guru, an author, and quite the family man who has turned his talents to a talk show – The Robert Irvine Show.

Irvine does have quite a long list of accomplishments, but what’s more captivating and exciting is his drive to make the world a better place in his little way. Irvine notably told Thread MB that he wants to be remembered as a man that “did everything in his power to make at least one person’s life a little brighter.”

And that’s very much adorable. Many would agree that he has done just that practically throughout his demonstrative career. Read on to discover more interesting facts on Chef Robert Irvine!

Based on different info on different websites, as regarding his height and measurement, it is safe to lean towards the average. Robert still undoubtedly maintains his muscular and sturdy looks. He, thus, stands 6 feet 2 inches (1.88 meters) and weighs an average of 82kg.

How old is Robert Irvine?

He is an Owner of Multiple Restaurants.

As expected, Robert Irvine is currently active in operating three restaurants. There are:

He is Celebrity Chef.

Irvine started his television career on Food Network on a show called “Fit for a King.” It was subsequently re-titled before broadcast to Dinner: Impossible. In this show, he would be given countless challenges throughout, and the audience found it to be very thrilling. This further led to greater success as regards his television show, Restaurant: Impossible.

Robert has also hosted or appeared on quite a number of other TV shows, some of which include:

Despite his cooking skills, Robert has managed to squeeze out time to write. He is noted to be the author of four popular books, namely:

The first two cookbooks simplify sophisticated, gourmet dishes in such a way that even the home chef can easily carry through and execute. The third book, Fit Fuel, draws on Robert’s status as a fitness guru authority, as he was once named one of the 25 Fittest Guys in America by Men’s Fitness magazine.

He kept a monthly recipe column in Muscle & Fitness magazine for five years and currently has a video recipe series running on the website @ BodyBuilding.com. Fit Fuel is a healthy living manual that combines both whole-food recipes with motivation and workout advice—quite a remarkable book. Robert’s fourth book is summarily aimed at family dinner.

In May 2016, he launched Robert Irvine Magazine (www.RobertIrvineMagazine.com), which is a free digital magazine focusing on healthy recipes, fitness advice, and motivation for success in all areas of life.

The magazine does keep a strong focus on Robert’s appearance schedule, especially with the USO and other military functions, as well as an interview on a wide range of celebrities to talk about success, food, and fitness.

Past interviews have included a wide range of athletes, military personnel, and actors, including Joe Manganiello, Gary Sinise, and even Gary Player.

Robert Donates Millions Through His Foundation.

The Robert Irvine Foundation is a non-profit organization created to give back to society and aid military personnel (both active, retired, and veterans). It also seeks to assist first responders through resiliency and health and wellness programs, coupled with financial support.

Again, it supports individuals and organizations, giving adequate and much-needed support to homeless veterans. This support includes kitchen renovations, provision of dining facilities and relief grants to assist those in need through tough times, as well as providing mobility devices for injured veterans, and many more benefits. The foundation also works towards creating awareness throughout several communities about sacrifices made by military personnel, first responders, and their families. And this, in turn, inspires the communities to appreciate and support one another, and the heroes.

In 2020, with the spread of COVID-19, The Robert Irvine Foundation provided support to many military service members and the rest with support on their home front. With the initiative, workers and retired veterans are covered.

Also, the foundation has organized fundraising drives to help men and women serving in the United States and also help their families sustain peace of mind at home while they are on the front lines. ‘The Emergency D-Stress Fund’ is the fundraising initiative that seeks to reduce the stresses of quarantine, loss of employment, and other inevitable economic hardships.

Here we are! Robert Irvine is a great British celebrity chef who has amassed a net worth amounting to $15 million. Robert Irvine is noted to be probably most famous for appearing as a chef on a variety of Food Network programs, including Dinner: Impossible, Worst Cooks in America, and Restaurant: Impossible.

He started his career (cooking) at the age of 15, after having enlisted in the Royal Navy. After completing his culinary training, Irvine served aboard Her Majesty’s Royal Yacht Britannia.

He has also dexterously employed his skills at the Naval Mess, which located in the West Wing of the White House in Washington, D.C. Robert has been an executive Chef on several cruise ships, as well as the executive chef for Donald Trump’s Trump Taj Mahal Casino Resort and Caesars Atlantic City as well.

He is currently the founder, owner, and president of Irvine Tyme, LLC. He has written quite a number of books as well as introduced an Irvine-branded line of spices, oils, and vinegar. Robert has several professional honors and achievements accredited to his name, and all these have culminated in his net worth amounting to $15 million.

Robert Irvine is married to a famous wrestler, Gail Kim! She is notably one of the most popular female professional wrestlers of all time.

For the records, she is a six-time Knockouts Champion for Impact Wrestling, as was Women’s Champion while working for the WWE. She was the first female inductee into the Impact Hall of Fame as well.

Kim met her husband, Robert Irvine while taping Dinner: Impossible. While Robert was catering to the VIP lounge for WWE’s Summer-Slam, Gail Kim caught his eye. After a three-year courtship, the duo got married in 2012, during May.

Their Greek honeymoon scrapbook remains one of the most popular slideshows on the Food Network website. And that makes so much sense once you flip through the shots yourself – they look just perfect together!

It will interest you to know that even as an athlete in peak physical condition, Kim knows quite a substantial much about food as both a foodie and a cook. Quite an awesome couple, don’t you think?

Chef Robert Irvine is Not Gay.

Robert’s marriage hasn’t deterred many people from having doubts about his sexuality. People do enjoy sharing rumors about the sexuality and sexual orientation of other people, especially celebrities. Well, we don’t know for sure if Robert Irvine is gay, bisexual, or straight.

No concrete information on that. Nevertheless, on Vipfaq website @vipfaq.com, via a voting platform, 50% of voters think Robert is indeed gay (a homosexual). 33% voted for straight (heterosexual), and 17% would love to believe that Robert is bisexual. Regardless of all these, we do know that he’s married with kids. And that should count for something.

He has Two Daughters from Previous Marriage with Karen.

It is quite essential, first of all, to know that Robert has been married twice. His first wife’s name is Karen, and they had two daughters together. Their names are Annalise and Talia. Unfortunately, the marriage didn’t quite work out, so they got divorced.

Robert, however, found love again, and he married Gail Kim, his second and current wife, and the two have been together since the 11th of May of 2012. There are no records that they have kids between them until now.