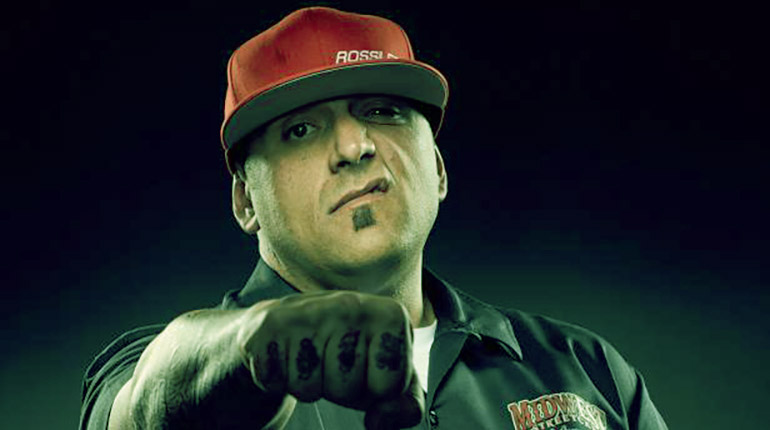 Not only is he the best but also, he is the richest racer. As you continue reading, you will get to know more about him. We are going to be concentrating on his relationships and marriage. Is Big Chief still married, who is his current girlfriend? Continue to find out more.

Who is Big Chief Dating now?

Justin began dating Jackie soon after his divorce. He went ahead to state that she was his future now. Jackie is in a motorsport organization for women known as Car Chix. Apart from that, she’s also a racer. Jackie made it to the top 12 in the Car Chic drag race.

As a result of that, she was featured on the Car Chic Calendar as Ms. May. The beautiful blonde was born on 4th July 1990. She’s currently 31 years of age. Eleven years younger than Big Chief. She came from a family of racers.

Jackie and her sister Erin ended up becoming racers like their father. One thing you might not know about Jackie is that she is a preschool teacher. Professionally, Jackie is a teacher and a drag-car racer.

It was unfortunate that Big Chief and Alicia Shearer divorced. They had been married for 11 years and even had two children together: Corbin and Covil. They know each other since they were little, and they had quite the history. Justin and Alicia were having marriage problems for a while, and it was beginning to seem obvious to people.

They were finally divorced in 2017. The divorce did not make Big Chief and his ex-wife enemies; they still come together when it comes to their sons.

Big Chief Cleared the rumors about him cheating his first wife.

How old is Big Chef?

Justin Shearer, aka Big Chief, was born on 9th December 1980 in Louisville, Kentucky, United States. His father passed away when he was still young. Big Chief and his brother were raised by their single mother. Justin did not come from a rich family. He climbed his way up to success achieving his dreams and goals.

A look at his social media handles.

As you can see, Shearer’s whole life is about cars. We know that he has a soft spot for his two sons; however, he prefers not to post too many pictures of them. He likes to keep his private life private and away from the spotlight.

Big Chief is 5ft 6 inches tall and weighs about 75 kgs.