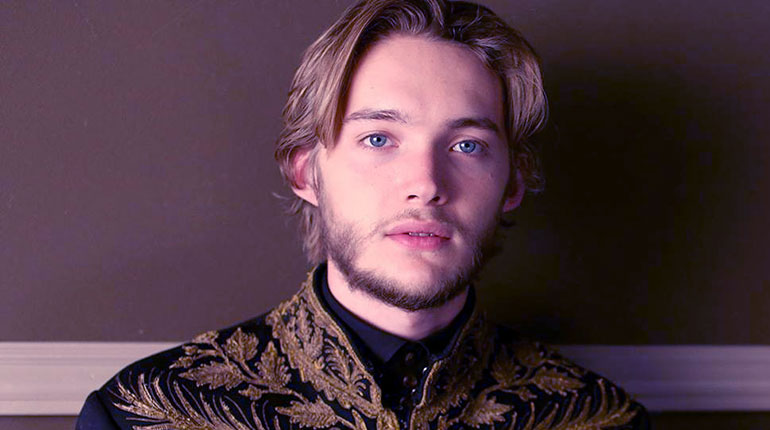 Toby Regbo is a British actor. Regbo is famously known for starring in the hit CW series, Reign, where he played the role of Prince Francis. Apart from that, Toby also appeared in well-known movies and series such as Fantastic Beasts and the Last Kingdom. Francis was nominated for the Teen’s choice award in 2014.

However, the year before, he won the Best Performance in a British Feature film award. We are going to be discussing Toby’s Love life and relationships. Who is he dating now? Is it his fellow co-star Adelaide Kane? Find out more about the English actor.

There have been a lot of questions from Toby and Adelaide’s fans asking whether the two were ever a duo. The answer is No. Toby Regbo and Adelaide Kane never dated, even though they looked so good together. They have never admitted having been in a relationship.

They were married in the TV series Reign where Adelaide’s role was Queen Mary of Scots. We now get why fans were assuming that the two were dating. They had such a romantic love story on screen. Adelaide has been in more than two relationships as far as the media knows.

Back in 2017, she used to date Joey Pauline, a fashion brand owner. Her current boyfriend is Jacques Colimon, an American actor. Jacques starred in the Netflix series, The Society. They both met early last year during a project.

If Toby Regbo is not in a relationship with Adelaide Kane, then who is he dating? Toby Regbo is a single man. There is no information about him dating anyone.

If there was, then he has not made it public yet. There were rumors of him dating an English girl named Kate Heath. Sadly, that is the only information we have on his relationship life.

Toby Finn Regbo was born on 18th October 1991 in Hammersmith, London. He is from three origins: English, Norwegian, and Australian. Toby went to Latymer Upper School in London. He took part in various plays in the drama club. After his studies, he proceeded to Young Blood Theatre Company since he wanted to gain higher knowledge in drama.

Toby Regbo has been very talented since a young age. He even used to receive praise for his excellent performance on stage. His acting career began in 2006 when he got a small role in Sharpe’s challenge. He continued getting smaller roles then alas, Toby finally got to play as the young Albus Dumbledore in Harry Potter and the deathly hallows.

Later in 2018, he had the same role in Fantastic Beasts. Toby has been in other movies such as Mr. Nobody, Uwantmetokillhim, Treasure island, and one day. In time, we are sure that he will be one of the best English actors.

Here are a few facts about Regbo that you might have missed.

Toby Regbo drives all his female fans crazy. Especially considering the fact that he is very single. He is 5ft 10 inches tall and weighs about 65kgs. Toby has blonde hair and beautiful blue eyes.

Let us take a look at his social media accounts. On Instagram- @tobyregbo, he has 575k followers. Switching to his Twitter account, @toby_regbo; he has 143k followers.

Toby has not been active on Twitter for quite a while now. We, however, get to see cute pictures of him on Instagram. He has a younger brother, Louis Walwyn, who is also an aspiring actor. Toby Regbo is not exactly forthcoming when it comes to his personal life. We are hoping that he discloses more about his family and love life someday.