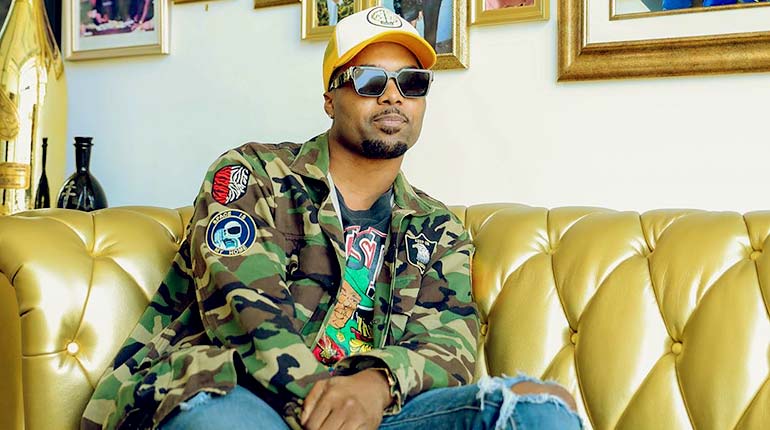 Steelo Brim is an American television host, producer, and actor. He is famous for being a co-host on the show, Ridiculousness, which airs on MTV. The Ridiculousness co-host has a way of bringing out the humor in everyday scenarios. This trait made the executive producer of the show, Rob Dyrek, offer him a co-hosting job upon meeting him.

Brim was later promoted to be the creative producer of the show. Apart from hosting, Steelo has also been featured in films. Bring a robust set of ribs as we enter the hilarious world of Steelo to learn more about his life.

Who is Steelo Brim?

He was born and raised alongside his siblings in Chicago, Illinois, in the U.S. Brim’s parents are African-Americans. His mother’s name is Tracy Brim, and his dad is Frank Brim. The Ridiculousness creative producer’s father works as the chief of the Chicago Fire Department Battalion. His mom, on the other hand, is a pastor.

Brim attended Whitney M. Young Magnet High School in Chicago. Later, he enrolled in higher education at Morgan State University in Baltimore. At the age of 19, Steelo moved to Los Angeles to pursue a career in music. However, fate had other plans for him. After working on radio and in Artists and repertoire (A&R), Steelo met Rob Dyrek.

Unbeknownst to Brim, meeting Rob Dyrek would forever change his life. Rob then offered him a job to be a co-host on his new show, Ridiculousness. The show has been a big hit since airing first on August 29th, 2011. It has a total of 24 seasons and 803 episodes.

Steelo has also had roles in films like Hardball, Orange Drive, and Wild Grinders of the Meaty Show. Brim has also worked as a co-host in Rob’s Fantasy Factory. Steelo also produces podcasts with Chris Reinacher on various topics.

Brim is currently dating a lady by the name of Alahna Jade. On May 10th, 2020, Brim posted a photo of his girlfriend on Instagram, wishing her a happy Mother’s Day. In the picture, his girlfriend sits on the floor with her son.

However, this isn’t Steelo’s son. Brim then wrote that he was happy getting even just 10 percent of his girlfriend’s love for her son.

He said that amount was enough to last him forever. Steelo then joked, telling her to continue putting her son first and him last. It seems the couple is madly in love from the post.

Previously, Steelo had been engaged to his then-fiancé, Conna Walker. Conna Walker is a British fashion designer who works with celebrities like Jenifer Lopez and Kim Kardashian. She also owns a fashion company named the House of CB.

The two exes started dating around 2014. In 2016, the Fantasy Factory co-host decided to pop the big question to his girlfriend, and she said yes. Their breakup seems to have been civilized as there wasn’t any drama between the two on social media.

The Ridiculousness co-host has a successful career that has made him some good money. He has been estimated to have a net worth of $3 million. His primary sources of income come from his television hosting jobs.

In December 2019, Steelo Brim’s house was broken into by burglars who accessed his home from an unlocked side door. The thieves got away with $100,000 worth of items from the house. Brim was not present at the time as he had gone to attend a night party.

Steelo Brim is active on Instagram as @steelobrim. He has 1.4 M followers on the site. He loves posting photos of himself, his family, his girlfriend, and his friends. The Ridiculousness creative producer is also on Twitter @SteeloBrim. He has 360K Twitter followers.