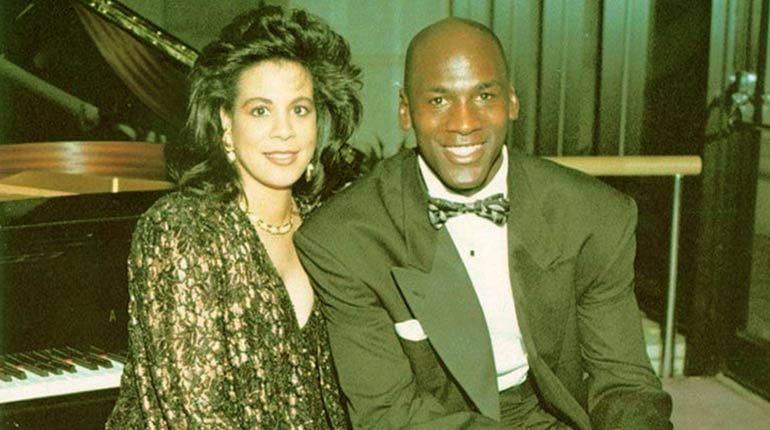 Michael Jordan is a retired basketball icon. Fifteen years in the league have earned him the moniker of ‘the greatest player of all time.’ The 58-year old Chicago Bulls’ legend is the owner of the Charlotte Hornets and the Miami Marlins.

His famous Air-Jordans were rolled out in the 80s, yet remain relevant to date. Michael’s first wife is a woman named Juanita Vanoy, and she is the focus of our study. What has she been up to since her divorce from Jordan? Get the scoop and latest news right here.

Jordan and his ex-wife Juanita first ran into each other back in 1985 in Chicago at Bennigans restaurant. Michael and the rest of the bulls had come in to celebrate after a highly charged win. The two exchanged contact information and started dating soon after. Within two years, Michael had proposed to Juanita at a Nick Fish Market.

Michael and Juanita Vanoy had their first child, Jeffrey Michael Jordan, out of wedlock. He was born on the 18th of November 1988. A year later, the two were walking down the aisle at the Little White Chapel, which is based in Las Vegas. Their second child, Marcus Jordan, was born in December 1990. Their only daughter, Jasmine, followed in 1992.

For a while, the five lived happily together. Everything changed in 2002 when Juanita first filed for a divorce. The Chicago Tribune, who had interviewed a private PI, released an article that suggested MJ had been unfaithful. He had allegedly documented six affairs with different women spread across a decade.

However, Jordan convinced her to give him another chance. Everything went back to normal for a while before the topic of divorce propped up again in 2006. This time, they followed through with the process, both citing irreparable differences.

Juanita Vanoy earned a mouth-watering $168 million as part of the settlement. Though the two are no longer together, they still maintain a positive relationship for the sake of their children.

Her past affairs and relationships.

Despite being the ex-wife of possibly the best basketball player of all time, Juanita has retained an essence of anonymity, particularly when it comes to her dating life. She is a former model, so it’s safe to assume that she had a few relationships back in the day before meeting Mike. As far as we can tell, she has also not remarried.

What is Juanita Vanoy up to now?

After getting a divorce from Mike, Juanita decided to put all of her energy into her children and business. Her divorce settlement gave her all the funds she needed to do anything. Vanoy eventually ventured into real estate. In addition to this, Juanita has also developed a taste for art. She collects paintings and sculptures from African-American artists mostly.

How old is she?

Juanita Vanoy was born on the 13th of June 1959 in Chicago, Illinois. It makes her 62 years old at the moment. Like most Geminis, she is intelligent and adaptable. After all, this is the very same woman who hired a private investigator to keep tabs on her husband!

Vanoy is not a tall woman by any account. She stands at an average of 5 feet 5 inches and weighs about 54kgs. Perhaps her most remarkable physical qualities are her beautiful brown eyes and dark hair.

She is a philanthropist.

Juanita Vanoy has dedicated a significant portion of her time to helping those less fortunate than her. Back when she was married to retired NBA legend, Michael Jordan, the two launched an Endowment Fund. It was set aside to support kids who do not have the resources to put themselves through school.

As the name suggests, Vanoy was the co-founder of the Michael and Juanita Jordan United Negro College Fund Scholarship Program. It helped Chicago based African American students gain scholarships to college.