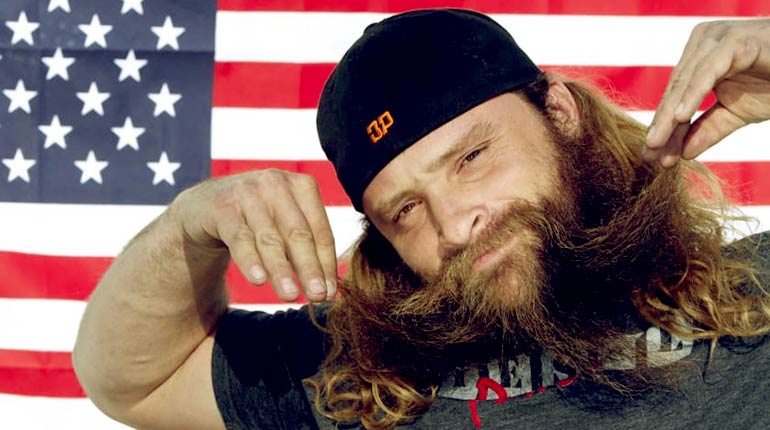 Dave Kiley known to all as Diesel Dave, is a television personality, car enthusiast, and restoration expert. As his name suggests, he is an aficionado of all things Diesel. Dave is good friends with fellow diesel experts, Heavy D. The two went into business together, forming the company Dieselsellerz. It is like Mecca for every person who loves trucks and other diesel-fuelled vehicles. Stay with us to know Diesel Dave’s Net Worth.

Besides building trucks, Diesel Dave has also enjoyed an impressive stint on television. He is a prominent figure on the Discovery Channel. Take a look at 11 fascinating facts about Dave and his wife.

Who is Diesel Dave Kiley?

Dave Kiley is a reality TV star who appears on ‘The Diesel Brothers.’ The show follows the exploits of a handful of friends in Utah, and the auto-body repair and restoration business they run. We get to watch Dave and the rest of the crew assemble some of the most remarkable diesel-fuelled trucks ever made. Fans also get the added bonus of enjoying the crew’s on-screen antics.

Kiley stars alongside the likes of Red Beard, Chris Jacobs, Muscle, and Aaron. The show’s first episode dropped back on January 4th, 2016. It was titled ‘Free Willy’ and saw the boys remodel a dilapidated 1948 Jeep into a Monster truck. After five seasons on the air, the show has accumulated 60 episodes.

Diesel Dave Kiley has 15 episodes under his belt so far. He first developed an interest in cars when he was young. It saw him work in several garages, and the experience helped him grow as a restorer and mechanic. However, he did not get his big break until he met Heavy D.

How did he meet Heavy D?

Remarkably, the two met in church! They were attending an event for single young people. Heavy D invited Dave and a few other girls back to the lake. The group left in Heavy D’s pick-up. Kiley took him up on the offer. While at the lake, Heavy D accidentally put gasoline in his truck. It would have proven a great recipe for disaster was it not for Dave’s intervention.

He helped Heavy D remove the gasoline by siphoning it. And thus began an unlikely friendship. The two eventually decided to go into business together, finally setting up Dieselsellerz. To date, the two have rebuilt and sold several diesel-fuelled vehicles. The popularity they gained from the show also made their shop one of the most famous enterprises in the country.

Being a diesel enthusiast, it comes as no surprise that Kiley owns several vehicles. These include a classic Subaru Impreza, which he mostly uses for family trips. He also owns a Camino truck, which he has turned into a monster truck. Diesel Dave has named his favorite truck the ‘Bro Camino.’

Dave Kiley mostly makes his money from his work at Dieselsellerz. He and the rest of the crew have customized several trucks over the years. Additionally, his work with the Discovery Channel has also brought him a significant amount of money. He reportedly makes $150,000 for every season he appears in.

Diesel Dave’s net worth presently stands at $2 million. With the lawsuit, he and his associates recently suffered; however, this figure might just be about to change.

On March 10th, 2020, news broke that the Diesel brothers were in financial trouble. A judge ordered them to pay $851,451 in restitution to the state of Utah. This followed the allegations that have been leveled against them for selling vehicles that cause havoc to the environment.

Diesel Dave and his associates were found guilty of disregarding the Clean Air Act and Utah State law. The case was spearheaded by Health Environment Physicians based in Utah. It made it all the way to a federal judge, who decided that their diesel-powered trucks were, in fact, responsible for excessive pollution.

District Court Judge Robert Shelby additionally added that the Diesel brothers had to pay $761,451 to the government. The remaining $90,000 went to Davis Count.

Diesel Dave was born on June 17th, 1974, in Utah. He is currently 47 years of age. Everyone who has watched Dave’s reality show on the Discovery Channel will confirm that he is a man who oozes charm, confidence, and enthusiasm, the fact that he can restore, and in some cases, build trucks from scratch shows how knowledgeable he is. These are all traits that define Gemini men.

While Diesel Dave is certainly not the tallest Diesel brother around, he is not the shortest either. Kiley stands at an average height of 5 feet 9 inches, which is about 1.75 meters (when using the metric system).

He is married to a wife Susan.

Diesel Dave Kiley has been with his wife, Susan, for several years now. The two have two daughters together. Their firstborn, Saylor Fe, was born on January 12th, 2017, and is three years old. Her sister, Pyper Corinne Kiley, followed after. Unfortunately, she was born prematurely and had to undergo surgery to save her life.

Fortunately, the surgery was a success, and Pyper can live a normal life. Dave and Sarah are also doing great. In a post she made on Instagram, Sarah revealed how grateful she was to have Dave Kiley in her life. She went on to say that she was lucky to be married to him because he always put family first.

Sarah goes on to admit that she is not the easiest person to live with, yet her husband continues to do everything in his power to make sure his girls are happy.

Diesel Dave is active and popular on Instagram. On the platform, he has an impressive following of 1.5 million. Looking at most of the posts he has made, it is obvious that his little girls and diesel trucks are the most important things to him.

His last post came a day ago, during ‘Mother’s Day’ when he thanked his wife for being an amazing woman. We also get to see some of the cars that have been brought to his shop over the years. They recently serviced a Utah highway patrol truck.