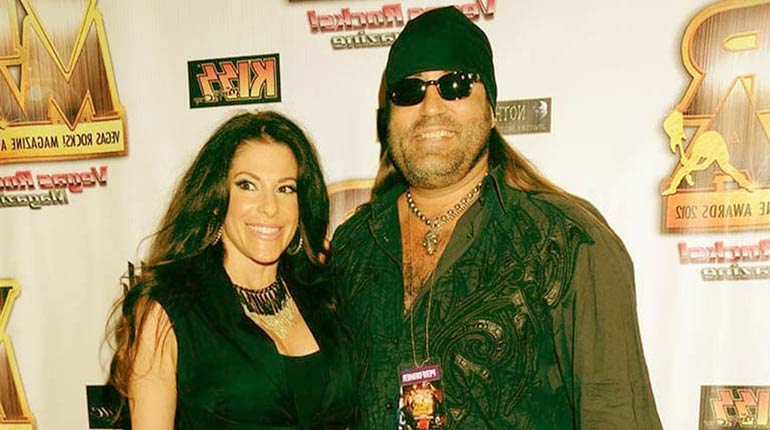 Danny Koker is a TV reality star and a producer. He became more popular after appearing in the hit TV show ‘Counting Cars’. Other than that, he also appeared in pawn stars and ultimate rides. In time, he gained the nickname, Count Koker. Danny and his wife own a rock bar called Count’s Vamp’d Rock Bar and Grill.

Like his wife, the Count also loves singing. This article is about Danny Koker’s net worth, age, career, and wife. Who is Korie Koker? Is she dead? Read ahead to find out more about Danny and his wife.

He was able to grow his wealth from all the years he has put into his restoration business. Apart from earning as a car restorer, he also makes money from television and business.

The latter entails selling the cars he restored. According to various sources, Danny used to make $100,000 in every episode of his reality show. That includes what he gets from his restoration shop and other side businesses. Danny Koker has an estimated net worth of $13 million.

Danny’s favorite car is the 1972 Lamborghini Miura SV. Unfortunately, he is yet to have it. We have faith in him that he would one day get to own his dream car. Danny admitted to the media on how he was addicted to owning cars. Danny loves owning a fleet of vehicles. It was his lifelong dream since he was a kid, and he’s living it now. Summing up the total worth for his car collection, it adds up to millions.

Who is Danny Koker’s wife?

Danny is married to Korie Koker. Taking one look at her, you will know that she is into rock n roll. Korie was born on 8th August 1965 in Las Vegas, Nevada. She has not yet disclosed any personal details about her parents and siblings. Back in University, she majored in broadcasting.

After completing University, Korie took up a job as a program coordinator/ producer. At the same time, she was living her dream of being part of a rock band. She is currently a businesswoman. After she got married to Danny, they opened a rock bar in Las Vegas.

The two met in Nevada years ago and started dating shortly after. Unfortunately, we do not know when they tied the knot. How cool would it be if they had a Vegas wedding? Danny and Korie have no children.

There have been rumors going around that Korie Koker had died. She is 100% alive and well. Korie had been in a car accident, but she did not die.

There were also other rumors way back in 2008 when people thought that Danny Koker had died. It was Danny’s father who had died. He and his father shared a name. That is what must have made people jump to conclusions. Both Korie and Danny are alive and kicking.

How old is he?

Danny was born on 5th January 1964 in Cleveland, Ohio, to Mary and Danny Koker. He is currently 57 years old.

Korie Koker is 55 years old as of now and was born on 8th August 1965 in Las Vegas, Nevada

Korie Koker is 5ft 7 inches tall with blue eyes. She has dyed red hair and a beautiful slender body. Korie and her husband make a perfect couple. There has never been any case regarding their marital life.

Danny Nicholas Koker is said to be 6ft 2 inches tall. He has light brown eyes and hair. Danny’s bandana and tattoos add to his tough-guy persona.