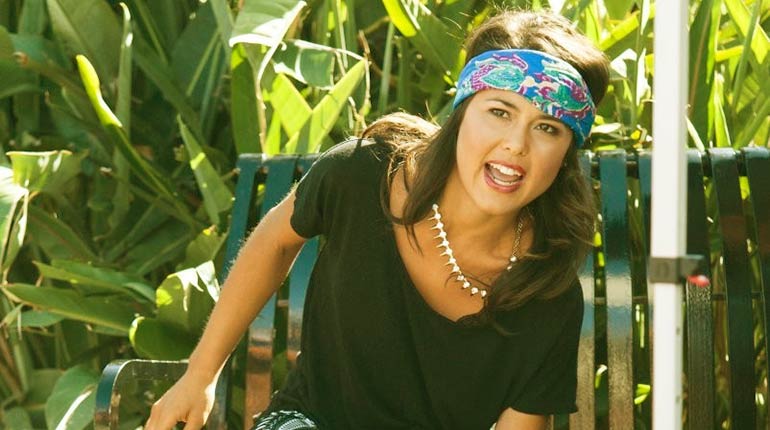 Ariel Tweto is an American reality star and pilot. She is known for her work on Discovery Channel’s show, Flying Wild Alaska. The Flying Wild Alaska cast started her television career at a young age when she participated in the show, Wipeout. Ariel’s family operates the most significant regional airline in Alaska, named Era Alaska.

The Flying Wild Alaska cast member trained to fly as a pilot on-screen between 2011 and 2012. She successfully got her pilot’s license in April of 2012. Grab your winter coats and snowshoes as we explore Ariel’s adventurous life in America’s last frozen frontier.

Who is Ariel Tweto?

Ariel Tweto is a brave, adventurous Alaskan resident who rose to fame from being featured in the reality show, Flying Wild Alaska. The Flying Wild Alaska cast member was born on December 14th, 1987. She is a Sagittarius Zodiac. Just like her horoscope personality, she lives life at the edge and isn’t afraid to seek out adventure. Tweto was born and raised in the small frigid town of Unalakleet, Alaska, in the United States. The former Wipeout cast has a sister named Alya Tweto.

Ariel was born to parents, Jim Tweto and Ferno Tweto. Jim Tweto is the Chief Operations Officer of Era Alaska. He runs the airport with his hardworking wife Ferno, a native Alaskan, the station manager for Era Alaska. Ferno’s real name is Lauretta. Ariel revealed this in 2016, during an interview with David Letterman.

However, Ariel’s mom prefers to go by the name, Ferno. Ferno has been dubbed the most hardworking person in the Airline. She can often be seen operating forklifts to move cargo around the station.

The former Wipeout cast member has a communications degree from Chapman University, located in South Carolina. After college, Ariel would join her mom and dad to run their business as part of the ground crew. Since flying is almost a must-have skill in the Tweto household, Ariel trained to become a pilot.

This skill will be one of her most useful ones since Flying is the only safest and quickest way to move about in Alaska. With a shortage of freeways and vast expanses of nothing but ice and snow, Era Alaska is a prestigious airline. The airline has seen tremendous growth, considering that Ariel’s parents started with only one aircraft. Right now, they operate a fleet of 70.

Some of her other TV shows.

Later on, in 2016, Tweto was part of a documentary named Flying Again as a pilot amongst eight. The show chronicled the pilots polishing up their flying skills to fly again.

The 32-year-old Flying Wild Alaska cast member’s love life is still a mystery. As far as we can tell, Tweto is still single. However, there were rumors that she was dating her trainer, John Ponts.

Ariel quickly debunks the claims saying that John was like her brother. She was also later linked to Nicolas Cole, but the reality star is yet to confirm if these claims were valid.

Ariel Tweto is very much alive and healthy. According to her Instagram post on May 13th, 2020, she is currently social distancing in Alaska. She even posted a photo of herself on the post. Therefore, ignore any death rumors. We wish Ariel a long, happy life.

However, it is worth mentioning that Alaska is one of the places with the highest suicide rates in America. Ariel knows too well about suicide in Alaska because it has affected her personal life too. Ariel’s friend’s younger brother committed suicide at 17 years old.

In the episode entitled Death in Alaska, Ariel gets the terrible news. Consequently, she burst out crying and revealed that suicide happens in Alaska and that she was sick of it. According to statistics, teen suicide rates in native Alaska are nine times the national average. It is the number one cause of violent death in Alaska.

Ariel Tweto is active on Instagram. Her Instagram handle is @arieltweto. She has 110K followers on the site. The Flying Again reality star loves posting photos of herself, friends, and family. From her Instagram photos, we can tell that she loves adventure. Tweto loves skiing and mountain biking. The Native Shorts host also loves animals, as we can see pictures of her dogs and cat.